Monsignor Matthew Dickens is the Vicar General and Chancellor of the Diocese.

The Vicar General exercises his role on a part-time basis alongside other clerical and parish duties.

He acts on behalf of the Archbishop, and with his authority, guides canonical and administrative processes within Southwark.  In doing so the Vicar General assists the Archbishop in developing pastoral life and mission of the Archdiocese alongside effective management.  He regularly attend meetings of the Archbishop’s Council, which steers key decisions relating to all diocesan matters. 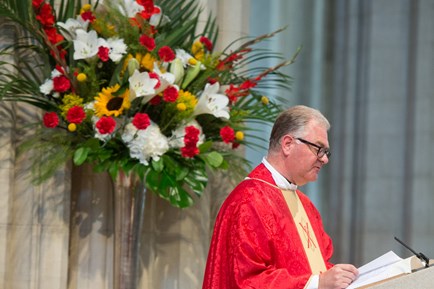 Mgr Matthew Dickens is Vicar General and Chancellor of the Archdiocese and is parish priest of St Thomas a Becket parish in Wandsworth West Hill.

Mgr Matthew graduated from Cambridge University in 1983. Following graduation he worked in publishing and medical information before going to St John’s Seminary, Wonersh, in 1988.

He was ordained priest in 1994 and served as assistant priest in Tunbridge Wells and Bromley; then as parish priest in South Croydon and Northfleet before being appointed Vicar General and Chancellor in 2009. 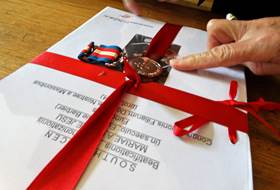 Those who have died

The Diocesan Archive holds the episcopal and administrative records of the Archdiocese of Southwark from its foundation in 1850 to the present day.
Continue Reading

Clergy are of great importance to Southwark, from the beginning of their ecclesiastical formation and ordination to their retirement and ministry beyond active parish life.
Continue Reading

The Archdiocese of Southwark is a charitable incorporated organisation, or CIO.
Continue Reading

The Trustees of the Archdiocese share responsibility for governing Southwark, thereby directing how it is managed and run as a charity.
Continue Reading

The effective administration of the Archdiocese of Southwark is key to underpinning all pastoral activity, ensuring parishes and schools are run within a legal and safe framework.
Continue Reading

The Church is called to be the Mystical Body of Christ on earth, a pilgrim people with no abiding city (cf Sacrosanctum Concilium 2,7).
Continue Reading