'Believing is possible only by grace and the interior helps of the Holy Spirit.' (CCC 154).

What is a Creed?

A creed is a profession of faith. In reciting the words ‘I believe’ or ‘We believe’, Catholics give their assent to the divine truths, revealed by God, in Sacred Scripture and the living Tradition of the Church. While creeds do not contain everything about the faith, credal formulas do provide us with something of a distilled summary.

The Three Parts of the Creed

Both the Apostles’ Creed and the Nicene Creed echo the Trinitarian Baptismal formula we find in Matthew 28:19: ‘baptise all nations in the name of the Father, and of the Son and of the Holy Spirit. Both Creeds help us to understand who God is as opposed to who God is not. 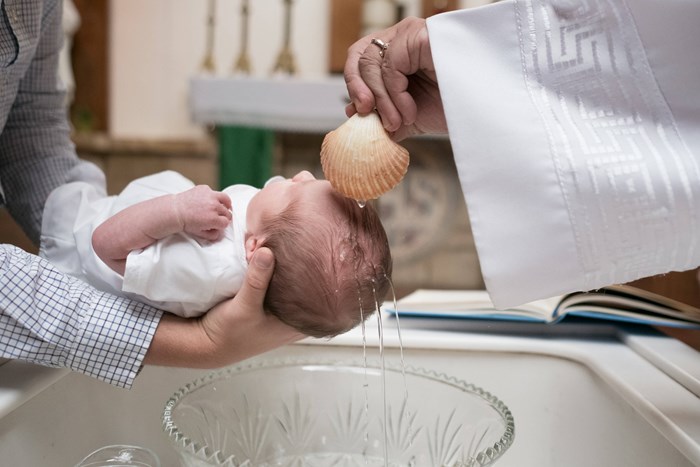 Part One - I Believe in God the Father

In the Creed, the unity (oneness) and simplicity of God are expressed. We believe that human reason can point anyone to the existence of God. However, learning who God is (e.g. loving, fatherly, Trinity) depends on him revealing himself as such to humanity. The existence of only one God was divinely revealed to Israel in the Old Covenant (Dt 6:45, Is 45:22) and was later reaffirmed by Jesus in the New Covenant (Mk 12:29-30).

The Creed begins with the first person of the Blessed Trinity. 'By calling God "Father", the language of faith indicates two main things: that God is the first origin of everything and transcendent authority; and that he is at the same time goodness and loving care for all his children.' (CCC 239).

The term 'Father' expresses the intimate relationship between God the Creator and his creation. In particular, 'God’s love was revealed among us in this way: God sent his only Son into the world so that we might live through him.' (1 John 4:9) This is the Good News.

Part Two - I Believe in Jesus Christ, the Only Son of God

The second section of the Creed is a synthesis of the Gospel. It answers the question: who is Jesus?

The word ‘Christ’ derives from the Greek word 'Christos' which means 'anointed One.' Therefore, to profess like St Peter, that Jesus is 'the Christ, the Son of the living God,' is to profess Jesus to be the fulfilment of the promised Messiah (Mt 16:16).

To believe Jesus to be the 'Only Son of God' is to affirm his divine sonship. The Nicene Creed developed this by adding that the Son was 'begotten, not made, consubstantial with the Father.' This was in response to the Arian heresy, which claimed that the Son was the first created being and thus, different in being to the Father.

Having recognised the Son to be of the same divine being (substance) as the Father, the Church upheld the eternal existence of the Son in the Godhead. By invoking Jesus as Lord, we also acknowledge Jesus’ divinity, as Lord was often used as a substitute for the Hebrew name of God – YHWH – a name too great to be expressed or described in words.

The Creed also professes the Good News of Christ's mission of salvation: that God became man to give us new life, a transformed life, through him, though his Passion, death, and his resurrection on the third day. We believe that Jesus, having ascended to heaven, now reigns at 'the right hand of the Father' and will return 'in glory to judge the living and the dead.'

Christianity is not simply good advice, do these things and you will be happy, do this and you will get to heaven. This is earth-shattering news, great Good News of a world transformed by the presence of God among us. A God who promised to remain intimately connected to our lives out of the sheer love he hold for us.

Part Three - I Believe in the Holy Spirit

The Holy Spirit dwells in all baptised believers and continues to preserve the Church from error. This unity articulated in our shared profession of faith is joined with the belief in 'one, holy, catholic and apostolic Church' and in 'one baptism.' The Creed concludes with the profession of hope for 'the resurrection of the dead and the life of the world to come.' This is based on Romans 6:4, where those who have been buried with Christ in baptism can hope to also be raised to new life with him. 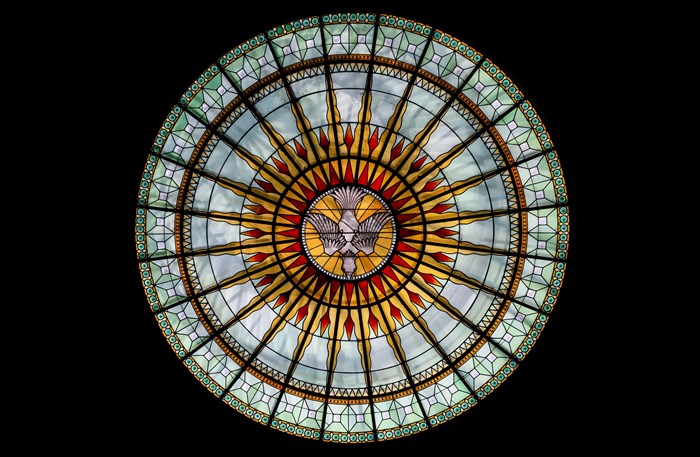 As professed in the Creed, God is a Trinity. This means that God, by his very nature, is eternally relational. Since humans were created in the ‘image of God,’ we were made to be in relationship, particularly with our Creator. We are called to not merely know about God, but to know him personally and intimately.

If you would like to know more about Jesus, read about him in the New Testament of the Bible. Speak to Jesus and ask him to reveal himself and the truth of his Church to you. Jesus’ mission was and is to seek out and save each one of us. He will answer. You might like to use the prayer below:

I have heard of you Jesus but I do not know that what I have heard is true. I would like to know the truth about you and whether you are important to me and my life. Is it possible that there is more to life than what I know now? Is it possible that I was created for eternity with you? Can I be forgiven? I am willing to learn and would like to know the truth. If you are God then I know that you will speak to me somehow. I will wait for your answer.

If you know about Jesus but want to know him personally through prayer, click here for some tips on prayer.

The Sacraments are sacred signs of divine origin, instituted by Jesus Christ, that reveal and communicate grace.
Continue Reading

Becoming Catholic is an amazing, life-changing journey. Much more than a series of educational classes, it moves through a process of deep reflection, discernment and formation.
Continue Reading

Prayer lies at the very heart of the life of the Church and is the foundation of Christian discipleship.
Continue Reading

'All scripture is inspired by God and is useful for teaching, for reproof, for correction, and for training in righteousness, so that everyone who belongs to God may be proficient, equipped for every good work.' (2 Timothy 3:16-17)
Continue Reading

'Believing is possible only by grace and the interior helps of the Holy Spirit.' (CCC 154).
Continue Reading

The disciple of Christ must not only keep the faith and live on it, but also profess it, confidently bear witness to it, and spread it (CCC 1816).
Continue Reading

During the pandemic, many Catholics have remained engaged with their faith through live-streaming and spiritual communion. Parishes have also embraced the digital world in a variety of new ways. Many, however, have experienced 'homesickness', a longing for the Eucharist and community. Whether you have been away for a while or are interested in seeing what we are about, perhaps for the very first time, COME HOME!
Continue Reading

The Ordo offers a liturgical guide to the solemnities and feasts of the Roman Catholic Church. In addition, it highlights world days of prayer and themes of intercession, which are shaped within the five main liturgical Church seasons.
Continue Reading

The Feast of the Epiphany: House Blessing

In various parts of the world, the Epiphany is marked with the time-honoured tradition of “chalking the doors.” The formula for the ritual is simple: take chalk of any colour (ideally blessed by a priest on the Feast of the Epiphany) and write above the entrance of your home: 20 + C + M + B + 22
Continue Reading