The Trustees of the Archdiocese share responsibility for governing Southwark, thereby directing how it is managed and run as a charity. 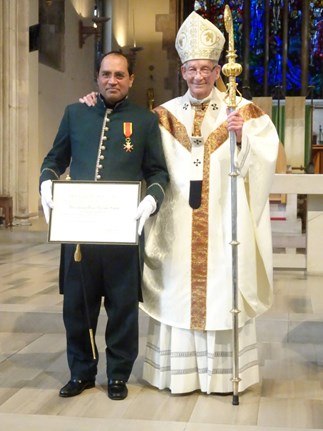 Ben Andradi is an entrepreneur with specialist knowledge of both the technological and finance sectors.  He is the Senior Vice President of a large Multinational.

As a Diocesan Trustee, he works extensively with our schools and is Chairman of Governors at St Thomas More Secondary, Eltham and a Director of Kent Catholic Schools Partnership.  He is also a member of the Diocesan Investment and Fundraising Committee. Elsewhere, he is a Trustee of the Catholic Children’s Society, Ancient Hymns & Modern and The Tablet.

Ben is married with 4 children and lives in Sevenoaks in Kent where he is active in his local parish community.  He was educated at Wimbledon College, received a BA/MA from Cambridge University and MBA from Harvard Business School.

In early 2019 Ben was made a Knight of St Gregory: The order is one of the five orders of knighthood of the Holy See and is bestowed in recognition of their personal service to the Holy See and to the Roman Catholic Church. 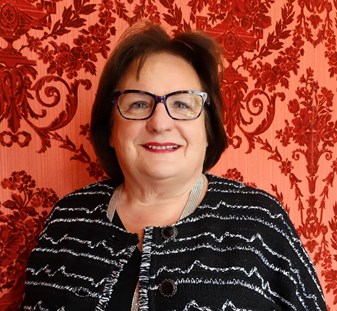 Dame Mary Ney is a parishioner of St Georges Cathedral, Southwark and has been a Lay Trustee since 2017. She is the Chair of the Diocesan Safeguarding Sub-Committee.

She had a career in local government and was Chief Executive of the Royal Borough of Greenwich from 2000-2014. Subsequently, she was appointed by Government as a Commissioner at Rotherham MBC and led the Council’s improvement and recovery from government intervention following failings in dealing with child exploitation. She undertakes consultancy in local government and mentoring. She is a Non-Executive Director on the Ministry of Housing, Communities and Local Government and is a Trustee of CAFOD.

As a trustee, Mary has a specific interest in governance, performance improvement, change management and safeguarding.

She was made a Dame Commander of the Order of the British Empire in the 2019 New Year’s Honours List for services to local government. 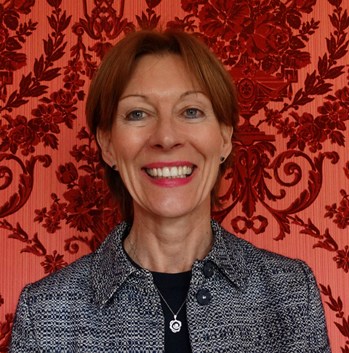 Sheila Wheeler has a degree in English and Theology and trained as a catechist at the Mater Dei Institute in Dublin, teaching RE and English in her first career.   She is a qualified CIPFA accountant and has worked as a finance director in local authorities, an arts charity and a community interest company.

During her career, she has gained extensive experience of working in large and small organisations delivering, improving and increasing the availability of services and outcomes for people through innovation and collaborative working with stakeholders.

She has previously worked for the Society of Local Authority Chief Executives (SOLACE) and Macmillan Cancer Support where she took on a new project to design and plan a UK-wide partnership programme of engagement and investment in new areas of joint working.

She has also implemented quality assurance, operational and governance frameworks for public, not for profit and community interest organisations.  Sheila has held Chief Executive roles for two large local authorities where her main role was supporting politicians develop their future vision in growing the economy and supporting vulnerable people. Through this work she has broad experience of safeguarding in relation to young, older and vulnerable people.

Most recently Sheila worked for the Money Advice Service as UK Debt Advice Director.  Sheila continues to support Macmillan Cancer through her membership of the Investment Committee of the Care and Well Being Fund.

If you wish to raise matters with our diocesan trustees please email: trusteeclerk@rcaos.org.uk

The Diocesan Archive holds the episcopal and administrative records of the Archdiocese of Southwark from its foundation in 1850 to the present day.
Continue Reading

Clergy are of great importance to Southwark, from the beginning of their ecclesiastical formation and ordination to their retirement and ministry beyond active parish life.
Continue Reading

The Archdiocese of Southwark is a charitable incorporated organisation, or CIO.
Continue Reading

The Trustees of the Archdiocese share responsibility for governing Southwark, thereby directing how it is managed and run as a charity.
Continue Reading

The effective administration of the Archdiocese of Southwark is key to underpinning all pastoral activity, ensuring parishes and schools are run within a legal and safe framework.
Continue Reading

The Church is called to be the Mystical Body of Christ on earth, a pilgrim people with no abiding city (cf Sacrosanctum Concilium 2,7).
Continue Reading