Canon Luke Smith was recently appointed as Episcopal Vicar for Priestly Life. This is a new role within the Diocese which will oversee the wellbeing of both active and retired clergy. 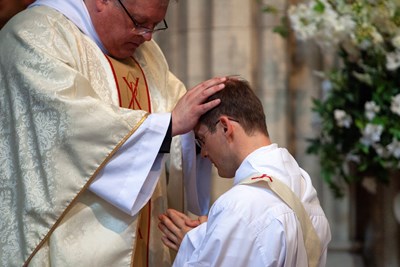 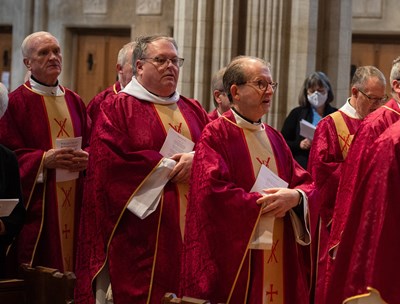 The Episcopal Vicar for Priestly Life works at the request and delegation of the Archbishop. (cf. Can 476).  His role will be to help support the life and ministry of priests within the Archdiocese by promoting the personal, spiritual, and pastoral wellbeing of individual priests and the presbyterate as a whole.

Additionally, the role oversees the ongoing formation of clergy in the Archdiocese, collaborating with others to ensure that policies and programmes promote the personal, spiritual, and pastoral wellbeing of priests. Some provision of clergy ongoing formation includes the Permanent Deacons, and in considering such provision he will work with the Episcopal Vicar for the Permanent Diaconate.

The Episcopal Vicar will serve as a member of the Archbishop's Council and work in collaboration with the Episcopal Vicars for Retired Priests and the Priests’ Welfare Team, to support priests who are hospitalized or who are in long-term care facilities.

A significant part of the remit is to be available to maintain contact with clergy, listen to their concerns and to support priests through any personal, pastoral or welfare issues.

The Episcopal Vicar for Priestly Life will also endeavour, when possible, to supply in parishes, to cover sickness or to enable priests to get a needed break or to go on retreat. 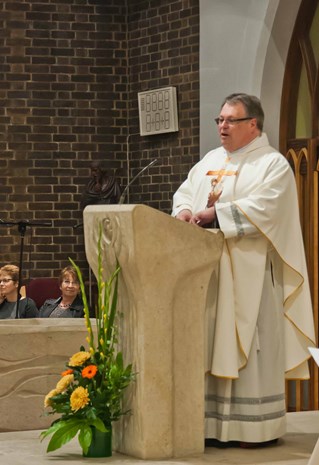 Born, brought up and educated in Kent, he was received into full Communion with the Catholic Church in 1986 just after 18th birthday

Fr Luke was ordained Priest in Corpus Christi Church, Tonbridge on 4 June 1995. and went on to be Assistant Priest in Sevenoaks Parish from 1995 until 2000.

He spent two years in a period of monastic discernment in Pluscarden Abbey between 2000 and 2002 and served as Assistant Priest, St Francis Maidstone for a few months in 2002.

Canon Luke was appointed as Parish Priest at Ss Austin & Gregory in Margate (2002 – 2014) during which time he completed an MA in Spirituality, and served as Dean of the Thanet Deanery from 2007.

In 2011 the parish was merged with St Anne’s Cliftonville and he was appointed as a Chapter Canon in 2012.

In 2014 Canon Luke became Parish Priest at St Francis Maidstone and Dean of the Maidstone Deanery 2014-2017 before being appointed as Spiritual Director of St John’s Seminary, Wonersh. 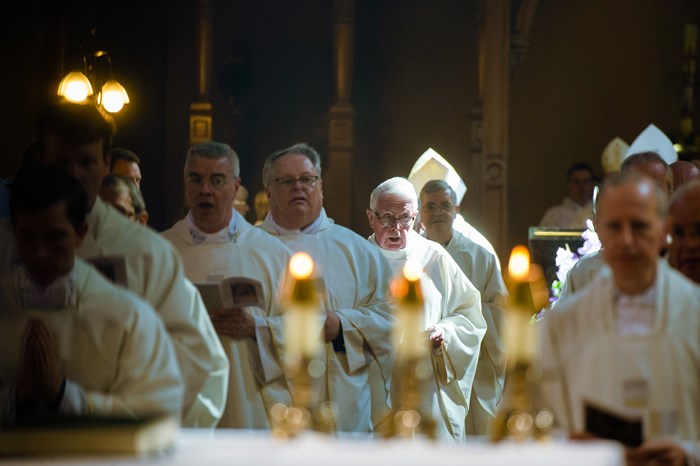 ‘Although somewhat daunted by the responsibility of the new role entrusted to me by Archbishop John, I am aslo encouraged and humbled by the trust that has been placed in me. On reflection it seems to me that in many ways this new role in the life of the Archdiocese, builds on the task of accompaniment and encouragement I have undertaken in the Seminary.

Thomas Merton’s description of spiritual accompaniment as "a continuous process of formation and guidance, in which a Christian is led and encouraged in their special vocation, so that by faithful correspondence to the graces of the Holy Spirit they may attain to the particular end of their vocation and to union with God. The spiritual director is concerned with the whole person, for the spiritual life is not just the life of the mind, or of the affections, or of the ‘summit of the soul’- it is the life of the whole person.  A spiritual director is, then, one who helps another to recognize and to follow the inspirations of grace in his life, in order to arrive at the end to which God is leading him," seem particularly pertinent.

I am deeply conscious that I too am a work in progress, that I have much to learn, so ask for your patience, support, guidance, and even correction! Most particularly I ask for your prayers. I look forward to not only getting better acquainted with the priests of the Archdiocese, but to being a source of support and encouragement for my brother priests in living out as fruitfully as possible our vocation.

What the most recent Vatican document which presents the framework for priestly formation: Ratio Fundamentalis Institutionis Sacerdotalis: ‘The Gift of Priestly Vocation’; proposes as the essential spiritual dimension of the seminarian’s initial formation;  is also true of our priestly on-going formation, and a directive for the task I now undertake: “to become truly a shepherd after the heart of Jesus, the priest aware of the undeserved mercy of God in his life and in the life of his brothers, he must cultivate the virtues of humility and compassion towards the People of God at large" '(Ratio n115).

Hour of Prayer in solidarity with Ukraine 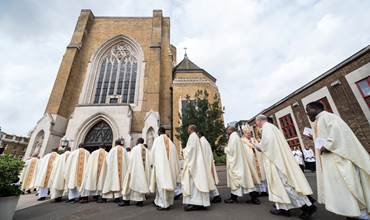