World Leprosy Day is observed on the last Sunday of January every year to raise awareness of leprosy. This particular date was chosen as a tribute to the life of Mahatma Gandhi who had great compassion for people with leprosy, and who was assassinated on 30 January 1948. 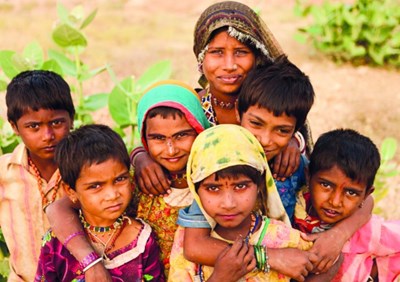 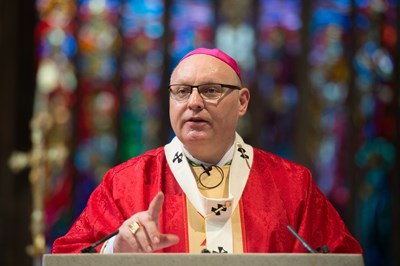 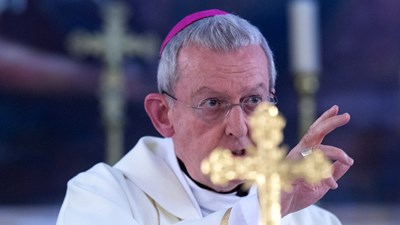 This year, the St Francis Leprosy Guild is asking the Catholic community to reflect upon and pray for the work of the Catholic nuns who dedicate their lives to caring for people with leprosy, often in remote or impoverished locations across the globe,  Filled with hearts of compassion, these nuns are caring for people with leprosy, visiting those that are alone or isolated and restoring dignity.

Leprosy (also known as Hansen’s disease) is a complex, chronic neglected tropical disease caused by the Mycobacterium leprae bacterium. It affects the skin, the upper respiratory tract and peripheral nerves in the hands and feet, and the eyes. Leprosy can affect anyone, at any age, and is believed to be transmitted by water droplets from the respiratory tract, It is most often caught through prolonged, close contact with infected individuals and, sadly, the disease remains a health problem in low and middle-income countries worldwide.

St Francis Leprosy Guild has cared for people with leprosy for the past 125 years and its  key strategic focus is to detect and diagnose people affected by leprosy as early as possible and to start treatment immediately. Early diagnosis and treatment stops the transmission of leprosy and prevents lifelong disabilities from developing.

As Covid-19 vaccines continue to be rolled out across the world, Archbishop John Wilson has joined with the St Francis Leprosy Guild in calling for people with leprosy to be given equal access to vaccination:

“We know from the experience of the Covid-19 pandemic in the United Kingdom that protecting the health and wellbeing of the most vulnerable is a priority. As soon as vaccines against Covid-19 are available to every country, it is vitally important that disadvantaged communities, such as those affected by leprosy, are enabled to receive the same benefits from vaccination as the rest of society.”

“We are inspired by the work that St Francis Leprosy Guild and the sisters carry out in Sri Lanka, and in other countries across the world,” said Bishop Declan Lang.

“In the communities that the Guild supports, there must be great loneliness and hardship. I know that the visits and care provided have a transformative impact on people’s lives.

“The Church has a long tradition of supporting our brothers and sisters living with the effects of leprosy. We have a duty to see that they are included and valued.

“I am mindful of Pope Francis’ call to world leaders last World Leprosy Day, to ensure that people are cured from leprosy and can thrive in their communities. I too hope that the leaders of nations will unite in their efforts to treat those with leprosy and promote their social inclusion.

“I share the Holy Father’s encouragement to nuns, health workers, and volunteers committed to this work and hope that Catholics in England and Wales will pray for and support their mission.

“It is through such kindness and generosity that people with leprosy can receive medication, provisions and assistance in the most difficult circumstances.” 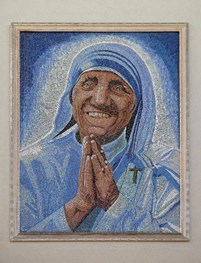 We give thanks for the work of all those who have sought to alleviate the physical and emotional difficulties of those affected by leprosy, including Saint Mother Teresa of Calcutta, and Mahatma Gandhi.  We invite you to pray for those continuing their work in contemporary times with skill and compassion.

'It is not about how much you do, but how much love you put into what you do that counts'. - Saint Mother Teresa

Lord, we remember the many people around the world afflicted by leprosy.
May we follow the example of your Son, Jesus, and St Francis of Assisi and show them love and compassion.
We pray that they may be freed from the disease and its stigma.
We give thanks for those who have been cured.
We remember those who are permanently marked by the disease                    and all who care for them.
We give thanks for every Catholic nun who is caring for people with leprosy.
We pray that you will bless them with all that they need to serve those in their care and sustain them in their mission.  Amen. 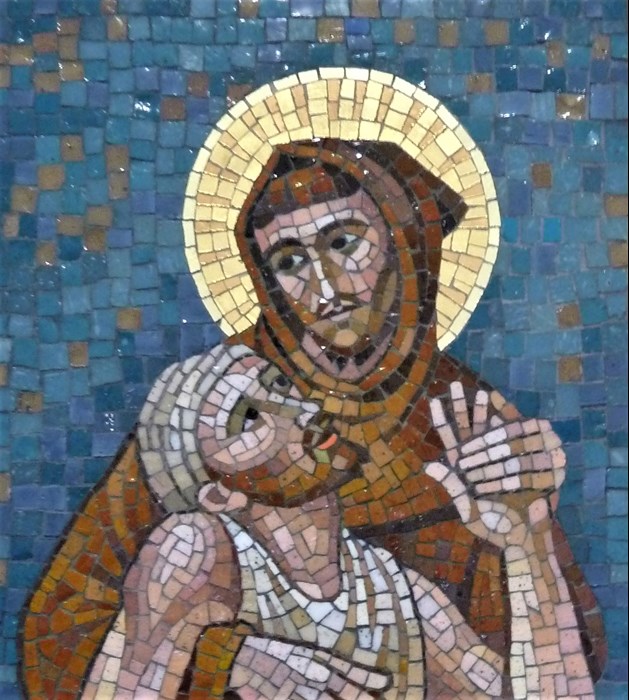 Mosaic Saint Francis of Assis and the Leper

The St Francis Leprosy Guild have produced a range of resources to make it easier for both parishes and individuals to address the topic of World Leprosy Day, and are pleased to provide the following:

The St Francis Leprosy Guild would be most grateful for both prayers and donations, with a view to defeating Leprosy for good: https://stfrancisleprosy.enthuse.com/donate 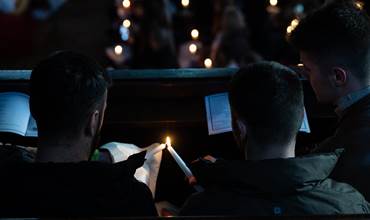 Pray for Peace in Ukraine

The Holy Father has called for a day of prayer for peace in Ukraine amid 100,000 Russians Troops massing on the border of both Ukraine and Belarus. Continue reading 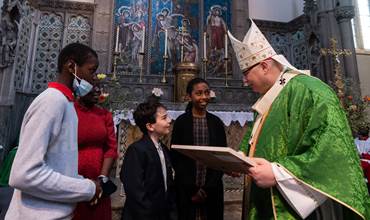 PODCAST - Archbishop John Wilson: Celebrating cultural richness and the dignity of all

Archbishop John Wilson has released a podcast ahead of Racial Justice Sunday which was kindly recorded by the Media Team at the Catholic Bishop's Conference of England and Wales. In this interview, he speaks of broadening our appreciation of different cultures and nationalities to achieve a true conversion of heart and mind, so that we can fully appreciate that all people are equally valued and that we are indeed 'One in Christ'. Continue reading